From their very first academic year, students at VinUniversity are offered a wide range of research opportunities under the guidance of leading national and international scientists, enjoying access to the most innovative technologies in the world while earning extra income in the process.

At VinUniversity, it is very common for students of one college to attend lectures in other fields. Vo Minh Quan, a student from the College of Engineering and Computer Science, is studying human anatomy for his current research project. 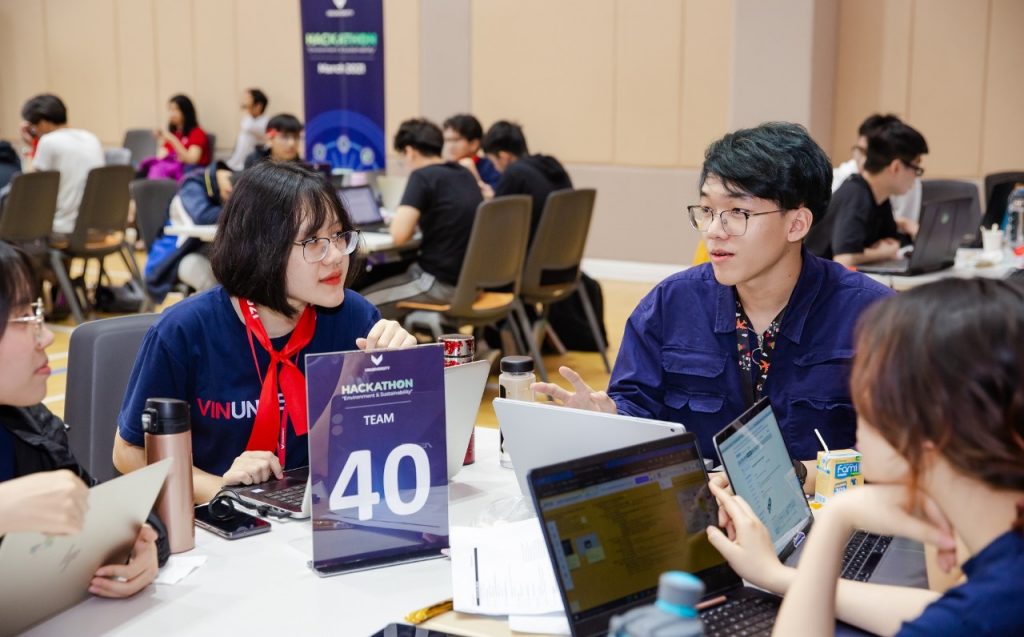 In November 2020, just a few weeks after VinUniversity’s First Convocation Day, Quan received his offer to become a research assistant for the “3D Organ Bioprinting” research project. This is a multinational project in collaboration with VinUniversity, Nanyang Technology University (Singapore), RMIT University (Australia), Vietnam-France University and Hanoi University of Science and Technology – an invaluable research opportunity for first-year students.

As a DIY construction enthusiast who once successfully reassembled his electric mini fan at the age of 10, Quan found himself “mesmerized” by the massive and modern 3D printer system at VinUniversity’s 24/7 lab. His research assistant role earns him a monthly income of 3-5 million VND, depending on his working hours.

Quan shared that 3D printing is believed to be the technology of the future, serving as the core of smart factories in the 4.0 industrial revolution. Outgrowing the scope of creating daily objects, 3D printers will soon be expected to “print” medicine, bones, teeth, cells, tissues, organs, and more for research and treatment purposes.

“To create a 3D object from a design model, the printer nozzle will consecutively create layers of 2D prints on top of each other until the object is completed. For a common 3D printer, the ink used is metal, plastic, polymer, powder, paper, etc. But for a bioprinter, the ink here would be human cells or tissues,” Quan explained.

Having seen an acquaintance struggling with kidney failure, Quan understands the importance of organ sourcing in disease treatments. Tens of thousands of Vietnamese are queuing to get organs for transplantation, and the numbers are still rising. This does not include the thousands of annual traffic accident victims who unfortunately lose parts of their bodies.

“This is a meaningful research topic with lots of potential, as 3D bioprinting can be a lifeline for many people,” Quan revealed.

Participating in the project, Quan was assigned the task of researching current 3D printing systems in the world, especially 3D printing applications in the medical field. The first-year student at VinUni realized that the current systems are all pre-programmed, which limits the system from

detecting and resolving newly emerging issues such as the formation of air bubbles, leading to high risk of serious product defects, especially in products that require high precision.

“The detection of air bubbles by the human eye is impossible during the printing process. This limitation, however, can be resolved with the integration of AI and a massive image database to anticipate, detect, and promptly fine-tune the temperature and speed of the nozzle,” Quan proposed in one of his reports.

“More privileged than other students around the world”

As Quan’s direct supervisor, Dr. Do Tho Truong (College of Engineering and Computer Science, VinUniversity) was surprised by the 19-year-old student’s findings and proposal. According to the expert from NASA & US Air Force, every scientific invention and innovation originates from observation and recognizing existing issues in real life. 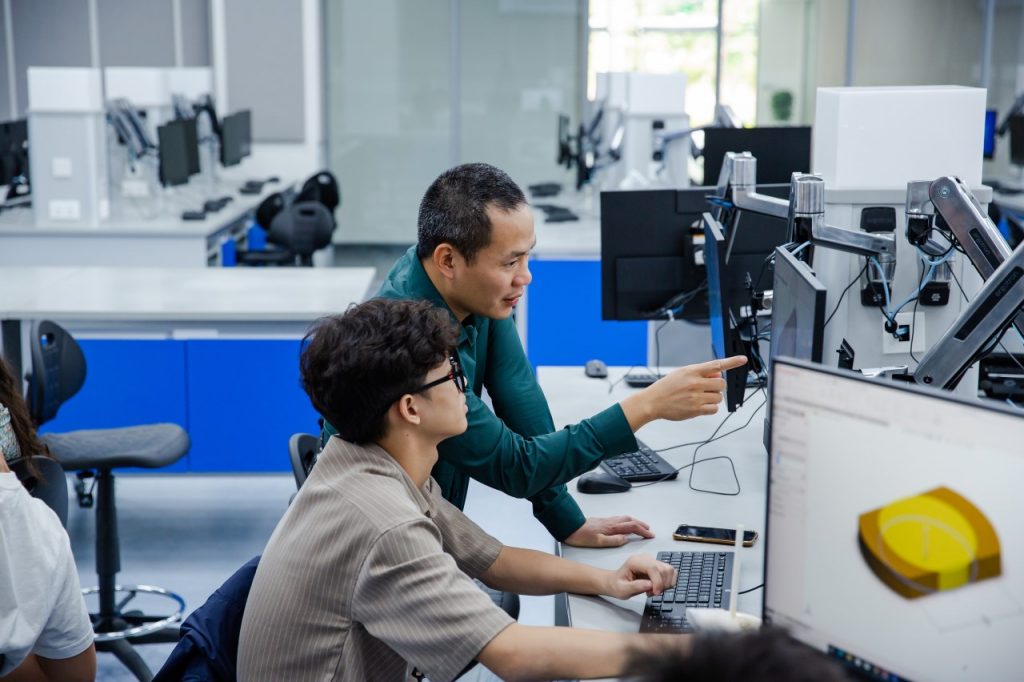 According to Dr. Truong, VinUniversity students are considerably advantaged in early research activities. First and foremost, English fluency helps the students to easily comprehend international research and academic materials, from which they can proceed and come to meaningful findings. Moreover, from their very first academic year, VinUniversity’s students are “submerged” in a highly concentrated academic environment. With the golden student-to-faculty ratio of 6:1, students have the chance to participate in research and write scientific publications for prestigious journals alongside their highly qualified “captains”, who possess in-depth work and research experience at leading universities around the globe.

“VinUniversity students are even more privileged than their worldwide peers in having various opportunities to participate in substantial research from the first year of study. Even in other international universities, students are not allowed to jointly research with their professors until their third year,” Dr. Truong indicated as an expert returning from the US.

Currently, VinUniversity is executing nearly 20 research projects proposed by professors and other faculty members with the participation of first-year students. Besides becoming paid research assistants like Vo Minh Quan, students can also take on independent research. Instead of getting extra income, students can earn academic research credit in their transcripts.

Dr. Truong notes that regardless of whether students are compensated in income or academic credit, early research participation benefits students in multiple ways. Through their faculty and professors, VinUniversity students can access the international research network, while simultaneously gaining exposure to the most innovative technologies currently being researched or developed worldwide.

“More importantly, students will gradually grow their skillset and gain experience to become independent researchers. This will become an immense advantage in their future studies and further research journeys,” Dr. Truong affirmed. 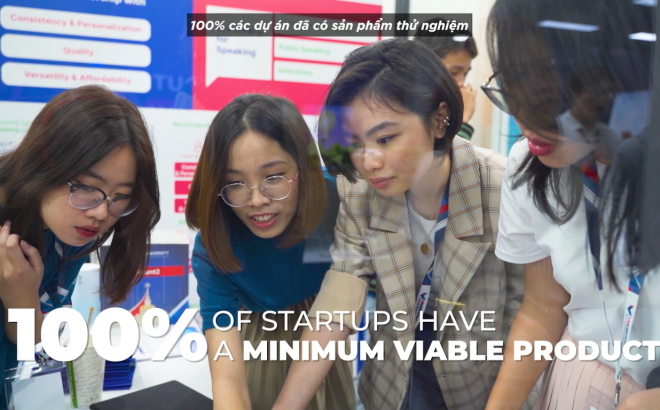 What the Investors Say about the Student Startup Projects at TechYouth Incubator?

TechYouth Incubator Demo Day is not only the event marking the 3-month incubation, but also the chance for […] 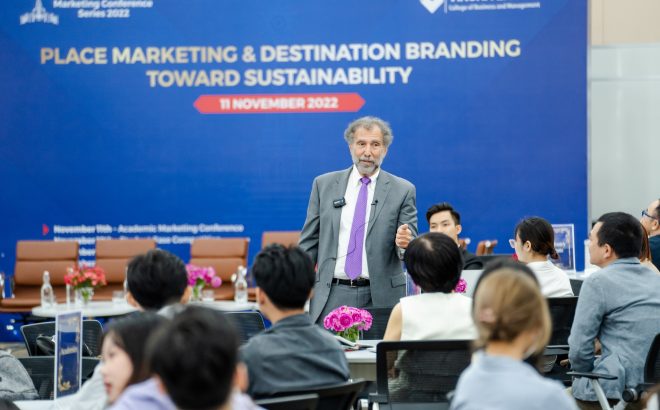 On November 12th, VinUni successfully organized the first session of “The Marketing Conference Series 2022” with the theme […] 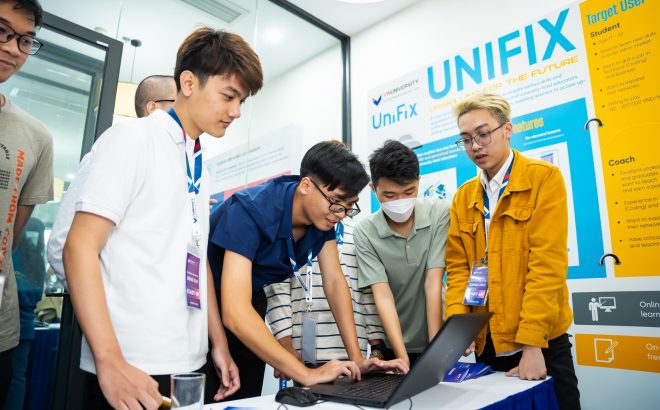