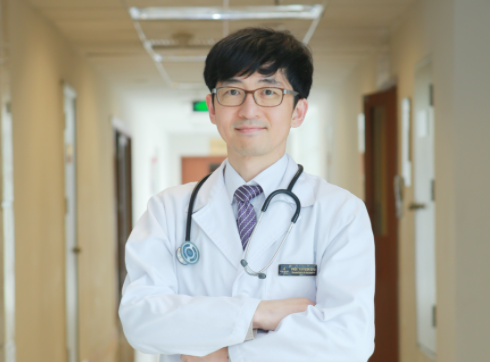 Prof. Yi Hyeon Gyu is Head of Department of Oncology and Hematology in Vinmec International hospital. He is former Associate professor in Department of Hematology and Oncology, School of medicine, Inha University, South Korea.

He graduated from School of Medicine, Inha University in 1999 and completed medical residency program in department of Internal medicine at Inha university Hospital in 2007. He defended his PhD thesis in 2010 and was appointed as a Medical Professor in Hematology and Oncology in 2008.

He is an expert of the diagnosis and treatment for hematological and oncologic diseases, cell therapy, and hematopoietic stem cell transplantation. He was active member in Korean academic societies of hematology and oncology. He worked in Inha university hospital in South Korea and played important role in hematopoietic stem cell transplantation clinic and department of hematology and oncology, and anti-smoke support center as vice-president. He also established and managed hospice-palliative center in Inha university hospital. He contributed to medical education in Inha university as vice-director of medical education center and head of department of student counseling. He was principal investigator and co-worker of many clinical trials and involved in Korean government training program for clinical trial staffs. He has published over 50 international journals in the field of hematology, oncology, cell therapy, hematopoietic stem cell transplantation and other molecular genetic research. He moved to Vinmec International Hospital at 2017 to enhance the advance of the field of hematology and oncology, and the establishment of VINUNI project. Currently, Prof. Yi is the Head of Unit of Hematology and cell therapy in Vinmec international hospital, and Associate Professor, College of Health Sciences, VinUniversity.