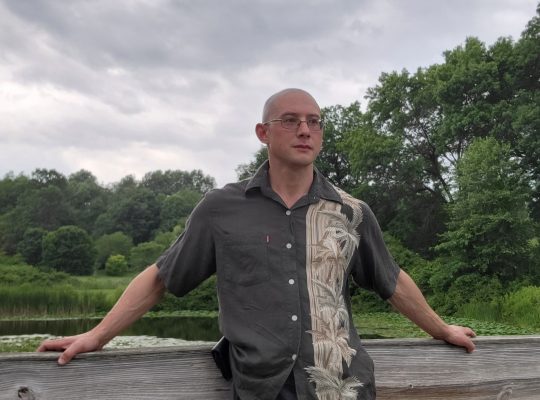 Faculty, College of Arts and Sciences

Dr. Tran Khai Hoai joined VinUniversity in 2022 as a senior lecturer of Vietnamese History and Culture. Hoai trained in borderless, transregional approaches to the history and culture of Vietnam as a place with peoples situated between Sinified East Asian civilizations and the maritime worlds of Southeast Asia at Cornell University, where he completed both his PhD (20220 and MA degrees (2006) in Vietnamese Literature, Religion, and Culture. Before coming to VinUniversity, Hoài served as an associate lecturer at Cornell and taught courses ranging from Chinese history and Chinese language acquisition to Asian religions and Southeast Asia studies.

Hoai’s interest in Vietnam extends beyond the university setting. He lived in Hanoi for close to a decade to pursue cultural journalism, editing and translation, and non-profit efforts to preserve Vietnamese culture. He was an editor and translator for the cultural e-journal Vietnam Heritage as well as Thế Giới Publishers, with whom he worked to produce commemorative publications on the occasion of the one-thousand-year anniversary of Thăng Long–Hà Nội, 1010–2010. He later served as the curator of the NGO and non-profit Vietnamese Nôm Preservation Foundation’s digital collection of Vietnamese Sinographic texts held at Vietnam National Library and two Buddhist pagodas in northern Vietnam. In addition, Hoài has dedicated himself to the perpetuation of Vietnamese embodied culture. From 2007 to 2016, he taught as a grassroots, “rooftop” instructor of Vietnamese traditional martial arts (võ cổ truyền) right in the heart of central Hanoi and has continued to promote Vietnamese martial arts both in Vietnam and abroad.