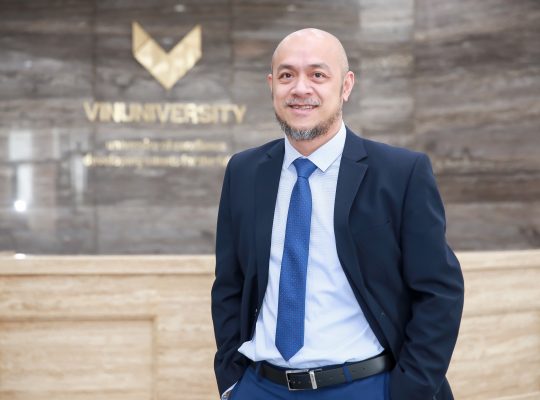 Dr. Linh has held different positions at Vingroup since 2014 — Director of Human Resources and Director of University Project at Vinmec. In 2017, Dr. Linh joined VinUni as Director of Health Sciences Education. Before joining Vingroup, Dr. Linh worked almost 17 years at the Hanoi University of Public Health and served with dedication in different positions: Chair of Dept. of Demography, Head of Graduate Education Office, Chair of the Institutional Review Board of Biomedical Ethics. He contributed significantly to the development and successful implementation of different education programs, such as Master of Public Health, Doctorate of Public Health, and Master of Hospital Management. Dr. Linh is a member of the editorial board of the Vietnam Journal of Public Health, International Journal of Cuban Health & Medicine (MEDICC Review), and peer reviewer of several other professional journals worldwide. He provided technical support as a consultant to numerous projects and organizations including EU, WHO, UNFPA, UNICEF, etc. in Vietnam, China, The Philippines. In 2013, he served as an international key expert at the National Institute of Health and Family Welfare in New Delhi under an EU-funded program to the Government of India that helps to build up the capacity of doctors and health professionals in India.

Dr. Linh served as a national advisor for adolescent health projects. He is a researcher and advocator of injury prevention in Vietnam with contributions to the law and policies on road traffic safety. Besides injury epidemiology and adolescent health issues, his research interests include population and reproductive health, applied information technology in health, public health/medical education, and more recently, cancer epidemiology.