Returning to Vietnam from the University of Illinois (USA), Prof. Do Ngoc Minh hopes to build a high-quality environment for scientific research in Vietnam, on the foundation of VinUniversity.

Prof. Do Ngoc Minh is among the top 2% of the world’s most influential researchers (as published by PLOS Biology, USA, 2020). When you think of a Vietnamese-born professor with an H-index (a scale that measures scientific achievements) of 60 coming back to Vietnam to manage and teach at VinUniversity, one would imagine a grey-haired professor with a big pair of glasses and a slow walking pace. Typically in order to achieve H-index=60, a scientist usually has to have 40-50 years of continuous research, or more. Achieving this index within 20 years of research is considered truly remarkable. For comparison, the average H-index of scientists elected into the US National Academy of Sciences is 45. 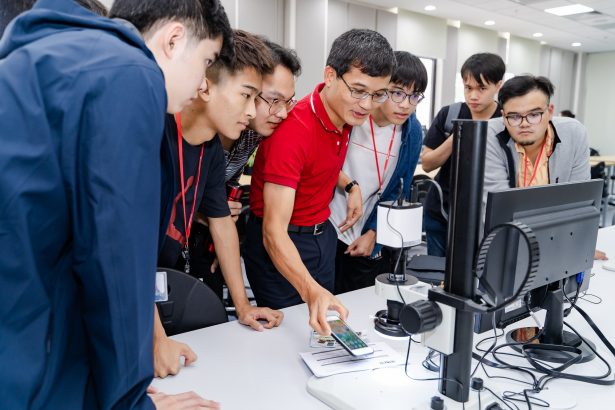 However, contrary to imagination, Prof. Do Ngoc Minh looks much younger than his real age of 47. The Vice Provost of VinUniversity is a true “Ironman”. He frequently participates in international Ironman competitions (consisting of swimming, cycling and running), and even now can regularly complete a full marathon (42,2km).

“Sports is similar to scientific research: it not only helps you maintain balance and health, but also drives you to push for higher limits”, says Prof. Minh.

It was this spirit of overcoming challenges that helped the young Maths-major student from Lam Son High School (Thanh Hoa) earn his Silver Medal at the International Mathematical Olympiad in 1991, study abroad, conduct research, and become one of the most influential scientists in computer technology. In addition to 70 projects and 63 papers submitted to international conferences, Prof. Minh is the recipient of many prestigious awards. However, according to Prof. Minh, influence does not lie in awards and medals, but in the research project’s content and real-world implementation. He shares: “The goal of research is to be able to be validated and used by the science community. This can take quite some time but if research can endure this validation period, it will have far-reaching impact, pioneering a chain of activities”.

With this mindset, he has contributed to various technology transfers. According to Google Scholar, Prof. Minh’s research has been cited over 21.000 times.

“The Key Difference between Universities Lies in their People”

Having received a donation of 3.500 billion VND for facilities-building, VinUniversity is known as one of the most modern and consistent universities in the region. However, according to Prof. Do Ngoc Minh – Vice Provost of VinUniversity – who recently returned to Vietnam from the University of Illinois (USA) – “the key difference between schools lies in their people”.

This firstly calls for an academic staff of world-renowned professors and lecturers, attracting young, talented students, and creating the best environment for research and self-development. For that reason, Prof. Minh decided to leave his post at the University of Illinois Urbana-Champaign (top 10 university in the US for technology) for his homeland and participate in a true academic environment in Vietnam: Concurrently studying, researching, and kickstarting the young generation’s drive for research. This is because, according to the Professor, one cannot conduct research alone but needs an environment to communicate with like-minded students and experienced practitioners, from all sorts of academic backgrounds. 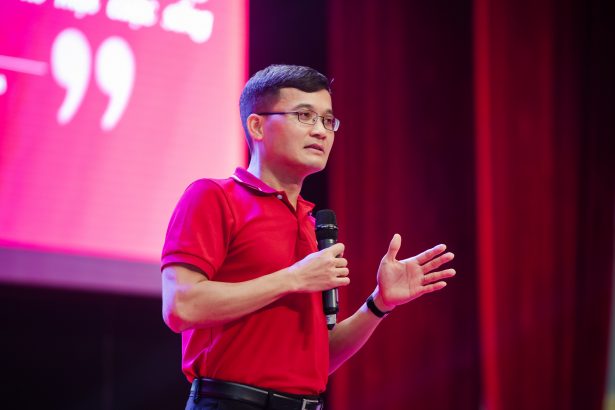 “Vietnamese students’ strengths are that they are hardworking and fast at learning from others. However, their weakness is their inability to innovate once they have caught up. Therefore, VinUniversity seeks to nurture students who are not afraid to think and to be creative. It is an environment where students can try and fail, but after failures, they will learn and improve”, shared VinUniversity’s Vice Provost.

Looking at his own journey from a Lam Son Maths-major boy to an internationally-recognized scientist, Prof. Do Ngoc Minh shares that he had to plan and map out his own path by himself, not knowing if it was right or wrong. Many opportunities came by chance, but not all students can be this lucky.

“In an environment like VinUniversity, the staff of leading experts and professors can advise students on the shortest path to the pinnacle of global knowledge, instead of them having to flail to the top like the previous generation”, Prof. Minh commented.

At the moment, VinUniversity already commenced its first class with 230 carefully selected students. Prof. Minh believes that it is the first class that will make a university’s mark. This mark is not only judged by teaching quality, but also in the ability to create new knowledge through scientific research conducted by professors, and even students. With a low student-teacher ratio, students of VinUniversity will have ample chances to discuss with Professors and lecturers, as well as participate in scientific research. As of now, many freshmen students have become research assistants for Professors in their published projects and journal submissions.

“Scientific research is prioritized here at VinUniversity. The school focuses on studying new fields; that way Vietnam is at the same starting point as other countries’. We not only research for publication, but aim to research for impact and real-world values”, shared Prof. Minh.