VinUniversity is very honored to welcome Prof. K. David Harrison as VinUniversity’s new Vice Provost of Academic Affairs. Before joining VinUniversity, Prof. Harrison served as Associate Provost for Academic Programs and Professor of Linguistics and Cognitive Science at Swarthmore College (ranked #1 in Best Liberal Arts Colleges & Universities in the US according to Academic Influence 2021).

Prof. Harrison earned his M.A. and Ph.D at Yale University. He is a National Geographic Society Explorer, a Fellow of the Explorer’s Club, a member of the Daylight Academy (Switzerland), and an honorary research associate at the New York Botanical Garden’s Center for Economic Botany.
Both Swarthmore College (where Prof. Harrison had 4 years of work experience as Associate Provost for Academic Programs) and VinUniversity provide student-centric, small class-size education. Swarthmore College prides itself on enriching students’ experiences. Students are encouraged to interact with one another and have open dialogues which tend to challenge, inspire, and enlighten. Students’ holistic development is emphasized. Students are inspired to dream big and take actions to realize their dreams.

With over 10 years of working at Swarthmore College, Prof. Harrison will be a great asset to VinUniversity in building a world-class university which aims to educate and train outstanding individuals to be future leaders, innovators, scientists, etc… He said, “I love working in higher education and being surrounded by people who are devoted to intellectual exploration. At Swarthmore, I’ve had a lot of professional experience in faculty recruitment, faculty development, assessment, accreditation, and diversity. These are all areas that will be crucial as VinUniversity grows. Having spent most of my career at an elite liberal arts college with fewer than 2,000 students, I also understand the impact of small class-size education”.

Sharing about his decision to join VinUniversity, Prof. Harrison said he has always admired the energy and potential of Vietnamese people. The world is facing several inter-related crises. The education field itself is under tremendous pressure to innovate, and Prof. Harrison strongly believes that VinUniversity will thrive and address global challenges, not only because it has devoted leadership, faculty, and staff, but also because it will be a magnet for the brightest young talents.

“When they come to us, they will bring many of their own values, but they will also soak up the values we espouse. The students are our most precious resource, and by ensuring that they flourish, we will begin to effectively address problems such as inequality, climate change, and conflict,…”, Prof. Harrison affirmed.

Besides being a researcher and an educator, Prof. Harrison is also a filmmaker. Throughout his career, and in his role as a National Geographic Explorer, Prof. Harrison has travelled the world to make films and write books on the topic of Endangered languages and Indigenous cultures.
Some of his documentary films include the Emmy-nominated “The Linguists”, “One World, Many Voices: Endangered Languages and Cultural Heritage”, “Manx: Reviving a Language”; etc… His book “When Languages Die: The Extinction of the World’s Languages and the Erosion of Human Knowledge” (Oxford Univ. Press, 2007) has been translated into Arabic and Spanish.

When asked about his motivations, he said, “I’ve always been curious about cultures other than my own. In working with indigenous experts and speakers of endangered languages on six continents, and living in some very remote locations, for instance with yak herders in Mongolia, I have been amazed at the knowledge they are willing to share, and how much we can all benefit from their expertise”.
We hope that Prof. Harrison will have exciting and meaningful times in VinUni as well as in Vietnam. Prof. Harrison’s extensive experience and knowledge will assist VinUniversity in building a world-class university with a multicultural environment. 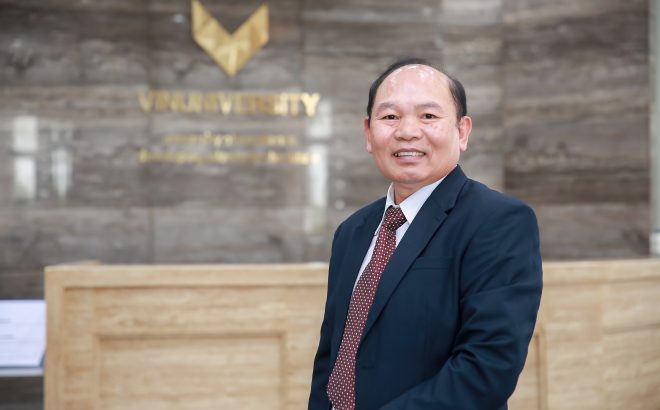 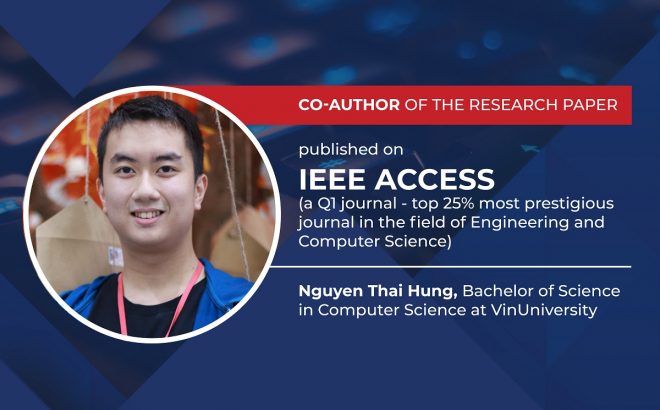 IEEE Access, a Q1 journal – top 25% most prestigious journal in the field of Engineering and Computer […]