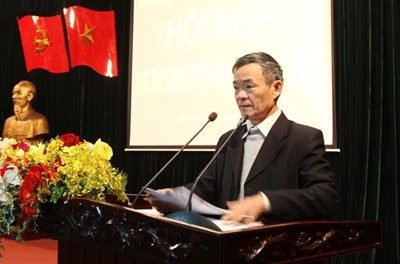 College of Arts and Sciences

– In 1977, he attended the Central School of Propaganda (now the Academy of Journalism and Propaganda – AJC). Since 1980 he has been a history lecturer at AJC. Dr. My started his PhD in 1987 and in May 1991 he received his PhD in History from the Academy of Social Sciences (AOH – former Soviet Union) with the thesis topic: “Foreign policy of the Socialist Republic of Vietnam – progress and Doi Moi (1975-1986)”.

– From 1991, he returned to AJC as a lecturer, Dean of the History Department of the Communist Party of Vietnam, and was promoted to Senior Lecturer; Central Reporter. In 2009, he was conferred the title of Associate Professor of Political Science.