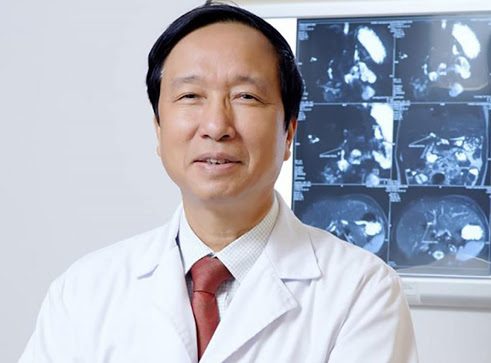 He graduated from Hanoi Medical University in 1976 and completed medical residency program in Surgery at Viet Duc Hospital in 1979. He defended his PhD. thesis in 1991 and was appointed as a Medical Professor in Surgery in 2009.

He is internationally recognized inventor by his seven advanced operative techniques in the Pediatric Surgery. Regarding the stem cell studies, Prof. Liem is a pioneer of using stem cell therapy for unmet diseases in children such as cerebral palsy due to oxygen deprivation, due to neonatal icterus, due to intracranial hemorrhage, neurological sequelae after nearly death drwoning, Autism, bronchopulmonary dysplasia, and liver cirrhosis due to biliary atresia.Throughout his career, he has been in charge of a number of important positions such as Director of Vietnam National Children Hospital from 2002 to 2012; Director of Vinmec International Hospital from 2013-2016; Vice president of Asian Association of Pediatric Surgery; President of Vietnam Association of Pediatric Surgery. Currently, Prof. Liem is the director of Vinmec Research Institute of Stem Cell and Gene Technology.

He has published 94 studies on the international journals and over 200 papers on domestic journals. He is also the co-author of surgery pediatrics textbooks published in UK and US such as Operative Pediatric Surgery , Ashcraft’s Pediatric Surgery, and Pediatric Laparoscopic and Thoracospoc Surgery. Prof. Nguyen Thanh Liem has been invited to give lectures and performed demonstrative surgeries in many countries including the US, France, Netherlands, Italia, Australia, Japan, India, South Korea…

By his dedicated and delightful contributions to the medical practices and research, he has been honored many prestige awards conferred by the Vietnam government like Ho Chi Minh Award, National Labor Hero Medal, Award of Vietnam Talent.

In 2018, he has been awarded the 2018 Nikkei Asia Prize in the Science and Technology category thank to his contribution to develop and popularize pediatric endoscopic surgery in Asia and the world. He is categorized in top 100 scientists of Asia by Sigapore journal in 2019.