Beyond the walls, the university of future, Le Vu Quan, PhD, Director of the Business Administration Program

Meet Dr Lê Vũ Quân — Associate Professor of Economics and Director of the Business Administration Program in VinUniversity’s College of Business and Management.

Born in Ho Chi Minh City and educated in the U.S. from the age of 12, Dr Quân was drawn to VinUni’s vision — to combine the best methods of international universities with Vietnam’s unique culture and economy in order to create a world-class university in Vietnam. “I thought at this stage of my academic career, it would be an honor to play a part in developing the vision of building a world-class university for Vietnamese youth from all walks of life.”

Dr Quân began his own studies in the field of molecular cell biology, but that would change soon after he attended the first day of his Development Economics class in his junior year at University of California Berkeley. His professor told the class about his recent trip to Vietnam where he had worked on a project to help reform the country’s agricultural sector. This inspired Dr. Quân, who said, “Growing up in a city in Vietnam, I didn’t know what the rural countryside looked like and had never seen a rice plant in my life; hearing from my professor about the agricultural economy got my attention.” Dr Quân spent the following summer in Vietnam working alongside farmers in the Mekong Delta. Then, switching majors, he finished his undergraduate studies with a BS in Agricultural Economics and went on to get a masters, University San Francisco, and a doctorate, Claremont Graduate University, both degrees in Economics.

Much of the first years of Dr Quân’s academic career were spent in the office deriving economic models. “The work was challenging but did not excite me enough. I wanted to explore some fieldwork opportunities.” Dr Quân volunteered for PeaceTrees Vietnam, a Seattle-based humanitarian organization with projects in Quảng Trị province in central Vietnam. He made several trips with them before deciding to study microcredit and women’s empowerment with a group of borrowers working with PeaceTrees and the Women’s Union. During his time in Quảng Trị, Dr Quân was inspired by the women there who had started businesses out of necessity. “My co-authors and I found that helping women business owners understand the value of entrepreneurship and their own personal and social values can lead to their success and motivate them to try new business ventures.”

More recently, sustainable agriculture has become Dr Quân’s main research focus, in particular sustainable coffee production. With rising temperatures due to climate change limiting areas where coffee can be produced, the livelihoods of those dependent on its production are threatened. Since 2018, Dr Quân has worked in Vietnam with ethnic minority coffee farmers in Lâm Đồng of the central highlands on the development of sustainable coffee production. “Growing coffee sustainably will allow future generations of farmers to continue producing coffee while preserving the ecology and biodiversity of the central highlands,” said Dr Quân. His work in this area involved 20 undergraduate students from Seattle University, where prior to joining the faculty of VinUniversity, he held the position of Eva Albers Professor of the Albers School of Business and Economics and Director of the International Business Program at Seattle University.

Dr Quân is a two-time recipient of a Fulbright Scholarship, a highly prestigious and competitive award given by the U.S. Department of State on the basis of academic and professional merit. Both scholarships were connected to Vietnam: in 2005-2006 at the Ha Noi School of Business, Viet Nam National University, and in 2015-16 at the Fulbright Economics Teaching Program, University of Economics in Ho Chi Minh City. In 2017 Dr Quân served as a Fulbright Specialist to Dalat University’s Faculty of Business Administration advising them on curriculum development in order to attain accreditation from ASEAN University Network.

At VinUniversity, Dr Quân would like to continue working on sustainability research with colleagues and students. Particularly, he would like to establish an Undergraduate Student Research Initiative as a platform for students to be exposed to experiential learning. After several years of working with undergraduate students on the sustainable coffee project, Dr Quân concludes, “Not all classrooms should have walls. A classroom could be anywhere – a farm, and a teacher could be anyone – a farmer!” 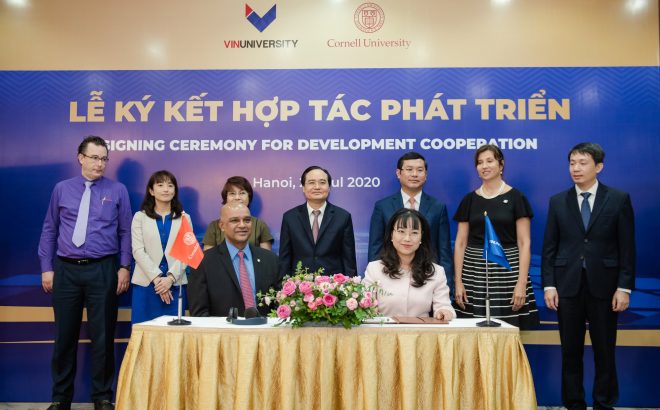 A Call by Ministry of Education and Training, Followed by VinUni-Cornell Signing Ceremony

On July 21, 2020, the Conference on Promoting Opportunities for Studying International Education Programs in Vietnam was hosted […] 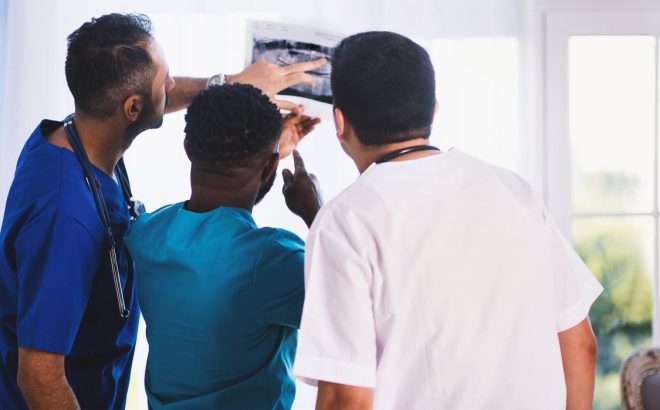 In the contemporary business environment, companies are realizing the importance of collaboration with their stakeholders during the design, […] 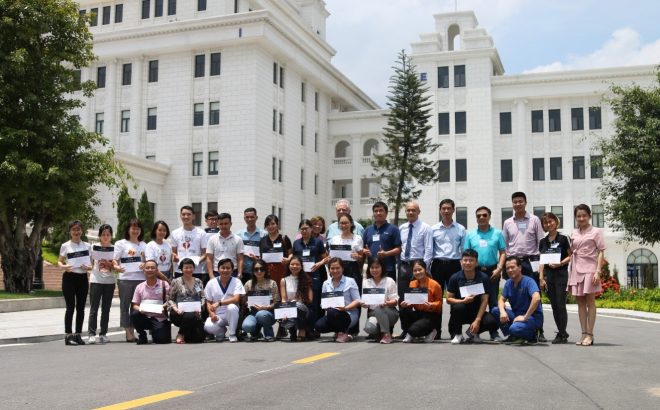