A “Opera Reflection” (Course MUSI1010) by Vu Ky – a 3rd-year student of College of Engineering and Computer Science, VinUniversity

Time is the precise filter for humanity culture, it will be cleansing every inappropriate product made by humanity and left with the purest essence. This statement is true when applied to music, through thousands of years of development, time cruelly removed every scrum of bad music and left us many masterpieces of music that remain today, and Theatre is one of them. Through the open lecture series Opera/ Theatrical/ Chamber music, I have a chance to expose to new Western culture and it is a wonderful experience for me. 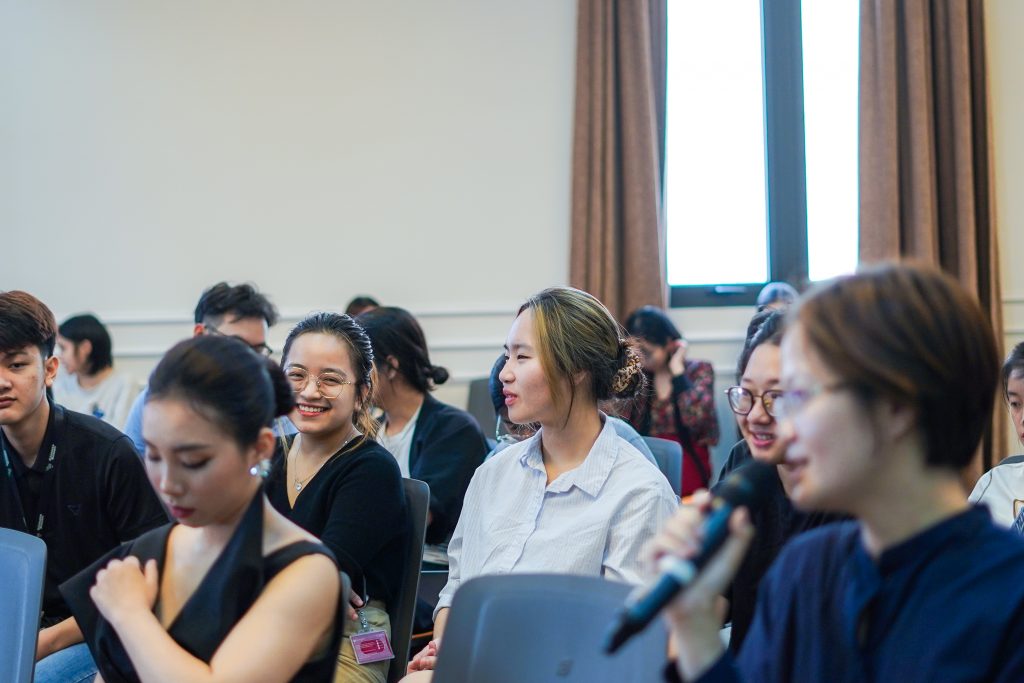 The lecture was about giving VinUniversity’s faculties and students an introduction to the world of Western theatrical music, with the collaboration between VinUniversity’s College of Art and Science and Operaphilia. The session lasted about two hours which guided me through the magical spectrum of the emotion of the Opera world, with the excellent speech of Mr. Đông and exceptional musical performance by Miss Lan Quỳnh, Miss Minh Mẫn, Mr. Trường Linh, and Mr. Đinh Hà. To be honest, before this session, my experience with Western classical music is very little, which only contain in a small box of famous performances by the Chicago Symphony Orchestra, and it is just instruments only, but this lecture gives me the inspiration to discover more about this genre of music and I am very excited to do. Before this lecture, my preference for music was toward instruments such as violin and piano, but now, I understand more about the effort of the singers when they perform Opera. For this specific type of music, the singers must be very skilful because of the performance between a large group of instruments and without any support electric equipment such as a microphone. However, they can push their beautiful voice out of the stage and go to the heart of audiences even with the barrier of distance in the hall. This achievement requires not only the singers’ technique but also the structure of the music piece, and this is one of the most interesting parts of chamber music that I found after listening to the performance. During the lecture, we were asked to go out of the room and the singer, who was Miss Quỳnh sang a piece of an opera song and song named “Hương Ngọc Lan”, I could clearly hear the opera song but for the pop song, it was hard to hear it clearly. After some detailed notice to other singers, Miss Mẫn and Mr. Linh, I found out that it is because of the nature of the theatrical songs. In general, the structure of chamber music is very complicated and it requires the audience to pay attention to every detail of the song, not only the song itself but also the instruments, and the theatric scene. All of these create a wonderful sound stage and the more I listen to it, the veil of sound slowly reveal the shiny content hidden inside every part of opera music. I find myself somehow understanding the storyline of the holy creation that exists through time and space. By saying it I mean this genre of music not only passes the time but also it goes through every nation in the world to create an interesting effect of cultural adaptation, we can see there are also Japanese opera music, and Mongolian opera music, which has the touch of their own lifestyle to Western classical music. 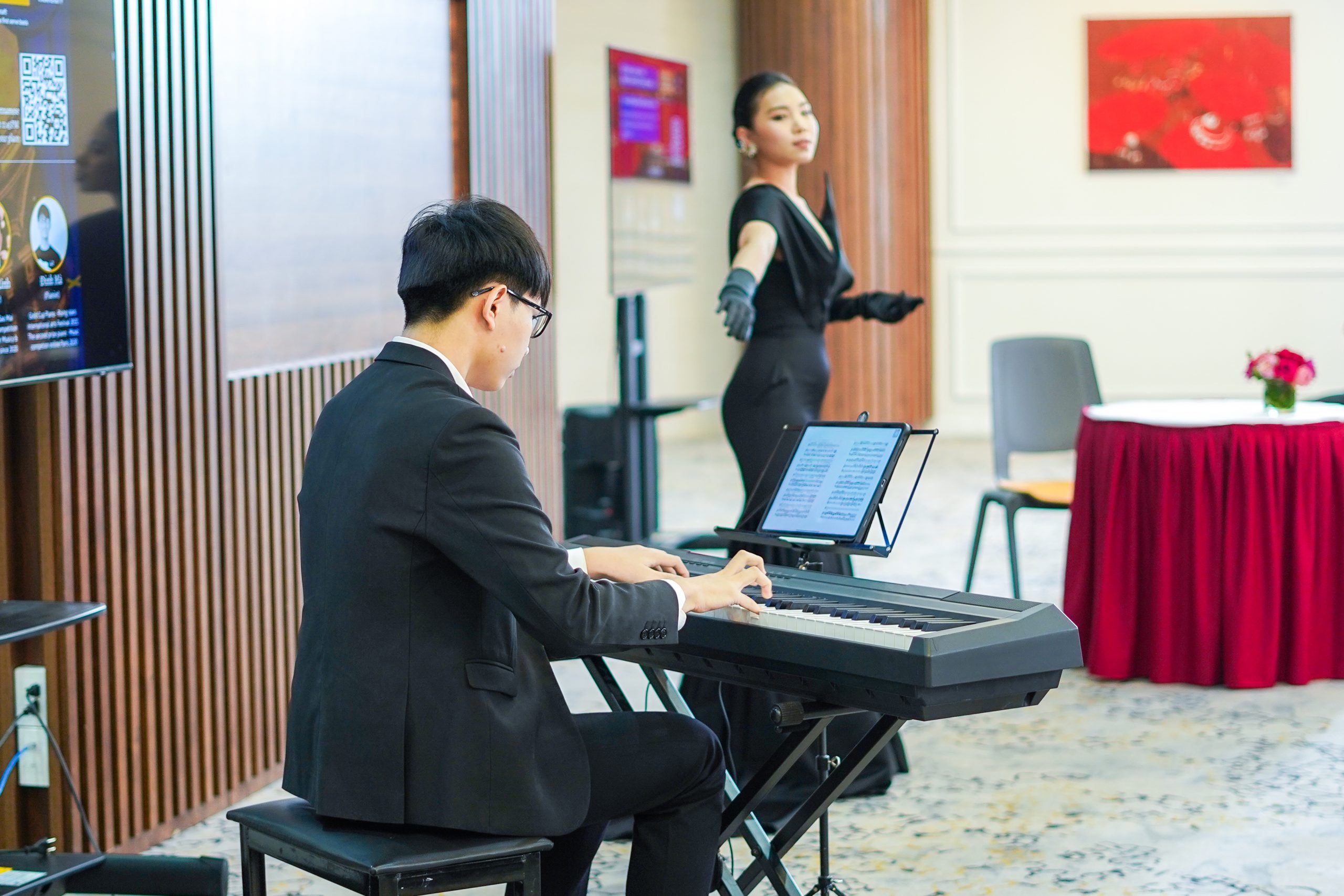 Next, through the question-and-answer session with Operaphilia, I somehow understood the feeling of Mr. Đông when he expressed his passion to other people, this emotion I can feel empathy because it reminds me of myself when I try to share my music hobbies with others and they do not get a response. But in the eyes of Mr. Đông, I was also able to see the bright light of hope and love that he gave to music and for this, I deeply appreciated it, one some way or another it made me feel less lonely in this world of similarity. Furthermore, I was also able to see the difficulties of the artists working in this field of niche music, all of the performers in this lecture had to do side jobs but their love for classical music was still there inside everyone’s eyes and this impressed me with the strong will. 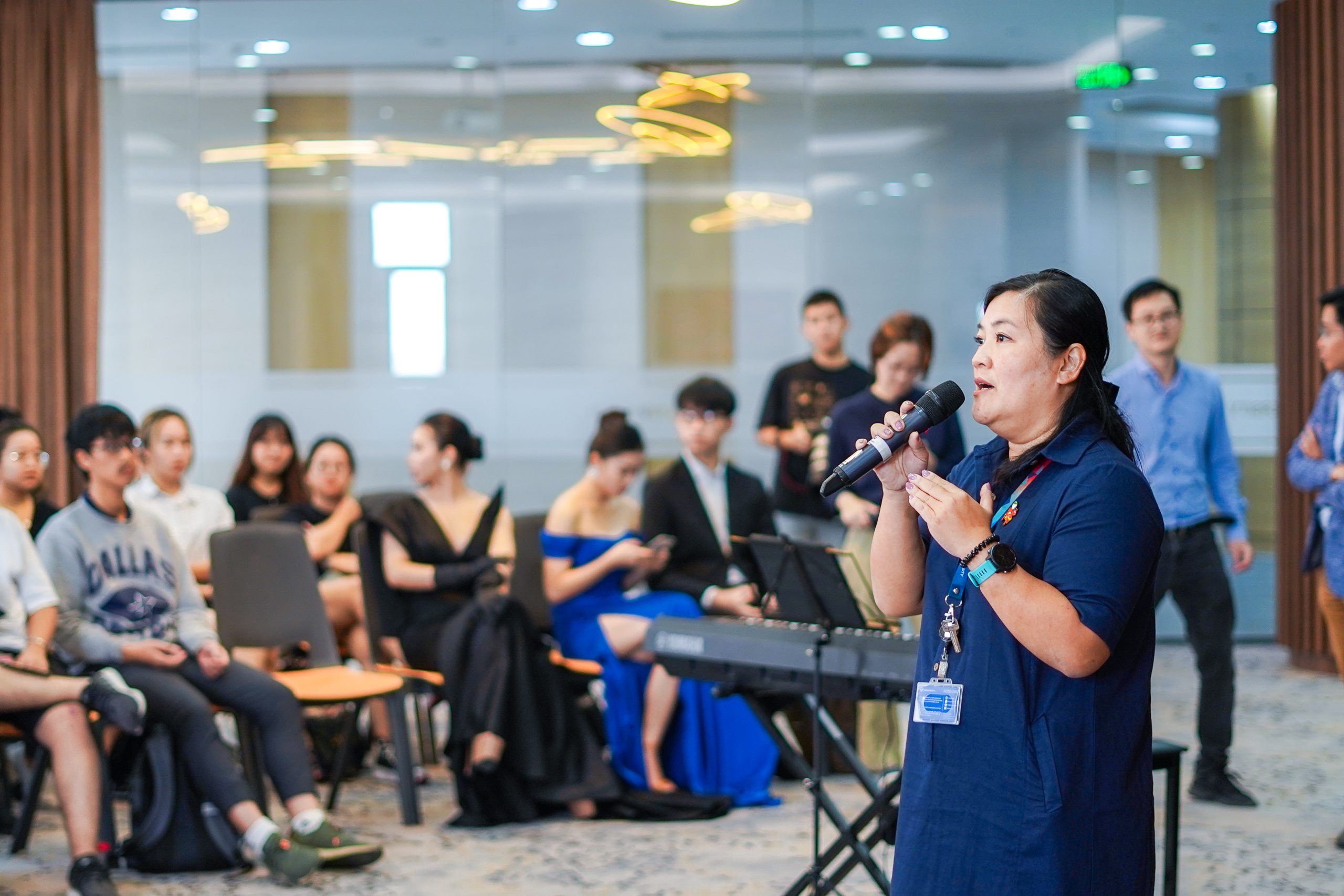 In conclusion, Western theatrical music is a creation of humanity that remain through the grid of time, it has value in culture and it shows me the other world of music that is beautiful yet humane. At the end of this reflection, I want to say that as a music lover to others, I truly understand the joy of listening to music with such a depth of content and idea like opera music and I hope that in the future, Operaphilia will be able to express their love to music to as many people as possible and be happy in their journey of music. 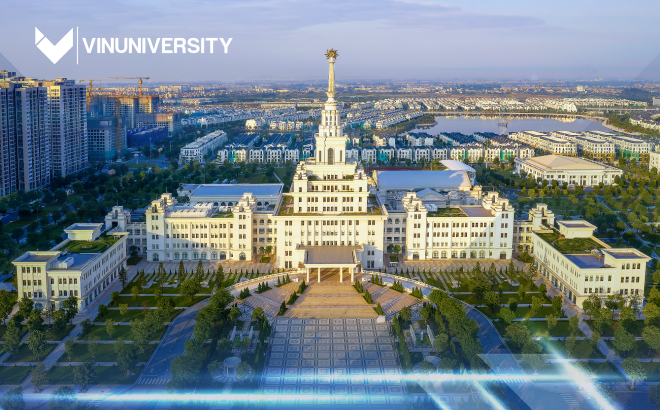 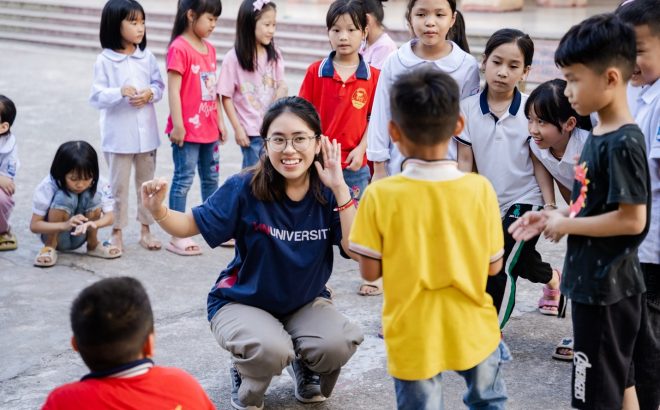 Bring Communicative English to the children in rural areas 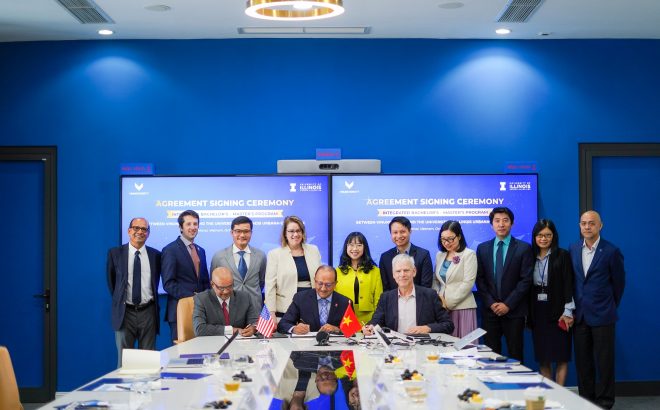 October did not only mark the 3rd year of VinUniversity going into operation, but it was also a […]