Winners of VinFuture Prize 2022 Share the Stories behind their Successes

After being honored with the VinFuture Prize at the Hanoi Opera House (Hanoi), on 21/12, these esteemed scientists came to VinUniversity to share their stories.

The “Talk Future” was attended by hundreds of scientists and students. Here, winners of the VinFuture Prize shared their long journey to success. Their works not only are life-changing projects for millions but are also demonstrative of the scientists’ silent sacrifices and long-term dedication.

Opening the talk was a lecture by Prof. Thalappil Pradeep, who won the Special Prize for Developing Countries Innovators – worth 500,000 USD – for his low-cost water purification technology that can remove arsenic from groundwater. Prof. Pradeep is able to identify the most suitable and advanced materials to remove specific contaminants from water in the most cost-effective and sustainable way.

Talking about his personal journey, Prof. Thalappil shared that, decades ago, when he was a little boy in a poor village, he did not have electricity until he was 21 years old. His childhood were days of walking barefoot more than 4 kilometers through the rice fields to school. He said that, though he only had 2 sets of uniforms, compared with many people, at least he still had enough food to eat. Initially, the impoverished boy wanted to study languages, but soon developed an interest in Chemistry. “It’s interesting to mix substances together, chemistry also has colors and flavors, making it romantic like poetry – something my poet father pursued,” Prof Thalappil said. 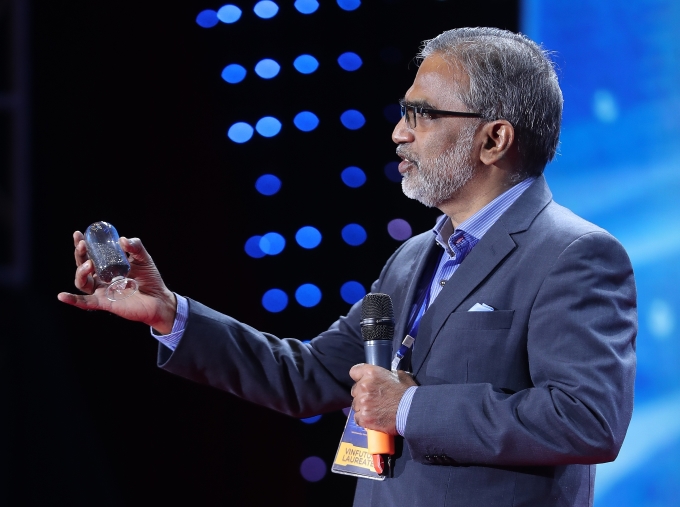 His love for chemistry was kindled and blossomed when he attended a top university in India. It was during that time that he met many distinguished and famous professors. “The world of science opened up before my eyes. A few years ago, I would get sleepy when I read a book, but after I met these wonderful people, I couldn’t sleep without reading chemistry books,” he said, adding that the change was thanks to science.

At school, Professor Thalappil’s group researched on liquid bonding systems and vibration wave frequencies. When he became a lecturer, he asked himself how Chemistry could help Indians. This problem lingered on his mind until 2000. At that time, in some areas, water was being contaminated with pesticides 20-30 times higher than normal standards. Thus, he decided to research and create a suitable material to solve this problem – getting his first patent.

The turning point in his research was made when he was trying to find a solution that would not cause carbon emissions. He discovered metal nanoparticles could be used to break the bonds that connect and transport arsenic in groundwater. This reductive dehalogenation technology effectively purifies groundwater at a very low cost, helping millions of affected households.

He shared that a solution can be discovered in a few months, but it takes 8-10 years to realize it and scale up. Thanks to his creation, a liter of clean water costs only 7.5 VND, helping more than 7.5 million people in India. Talking more about his life, he admitted that “24 hours is not enough for one person to do research”, thus he had to “borrow” family time. But for Thalappil, who doesn’t wear any expensive accessories, everything he seeks is for others.

Research can help others

Professor Pamela C. Ronald (61 years old), American, was awarded the Special Prize for Female Innovators for her basic research on rice varieties that are flood-tolerant and can bring higher yields. Pamela tells the story of her childhood spent with her refugee father, which inspired her love of science and helping others. “My father was stateless for 12 years, he fled many places and came to America, so he always told us to care and help others,” she said. 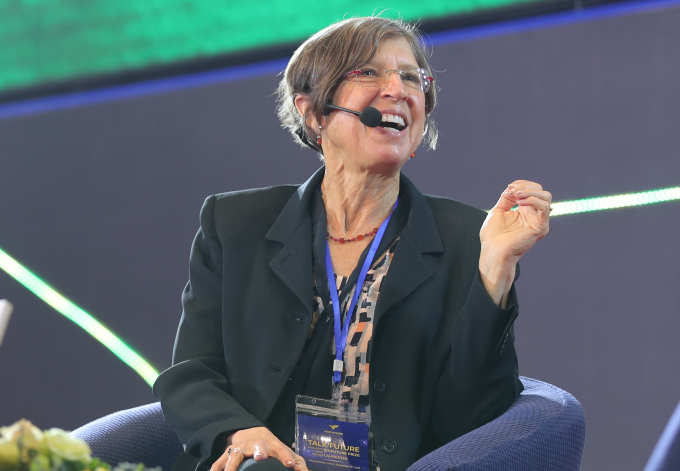 Professor Pamela spent most of her career studying plants. In 1995, her colleague – David Mackill of the International Rice Research Institute (IRRI) – discovered a flood-tolerant gene in an Indian rice variety. Together, they isolated the gene and coded it to introduce into varieties of rice, with the aim of creating a new plant variety that retains yield and quality, but adds a gene to withstand flooding. She successfully duplicated the Sub1 gene region that encodes for three transcription factors that are important in the rice plant’s immune response to stress (extreme conditions), ethylene-responsive factor (ERF).

Her work has led to the creation of genetically modified rice varieties with outstanding flood tolerance that has great global benefit and has been cultivated by more than 6 million farmers in India, Bangladesh, Nepal, etc.

As a gene researcher, Pamela said that tags are not important – be it gene improvement, genetically modified or genetically engineered, but it is necessary to focus on varieties that grow well under extreme conditions, bringing benefits to farmers. “Instead of having to spray pesticides, we include that trait into the crop so that it can be harvested and re-planted the next year, helping farmers ensure better incomes,” she said.

For her outstanding contributions in the field, Professor Pamela was honored with the Special Prize for Female Innovators worth $500,000. She added that, in the future, thanks to modern technology, the current varieties will be further improved – to be more fragrant and delicious.

Speaking later with the press, she shared that she used to study plants. But, when she became a researcher, she decided to research rice varieties because rice is the core food source for half of the world’s population. “I hope that some of my contributions can be useful to farmers and their families, who sometimes have to live on less than 3 USD/day. So that’s my dream: Help farmers farm” she added that that she is fortunate to work with an amazing team of international scientists to contribute to helping farmers in South and Southeast Asia.

Three of the five winners of the VinFuture Grand Prize – worth $3 million – for their work that helps turn the Internet and the global network into a reality believe that the most important thing a successful researcher needs is curiosity.

“Do get interested in things that are not in your field of study. This helps you think more broadly and let the brain identify research-related problems,” said Dr. Emmanuel Desurvire (67 years old, French). 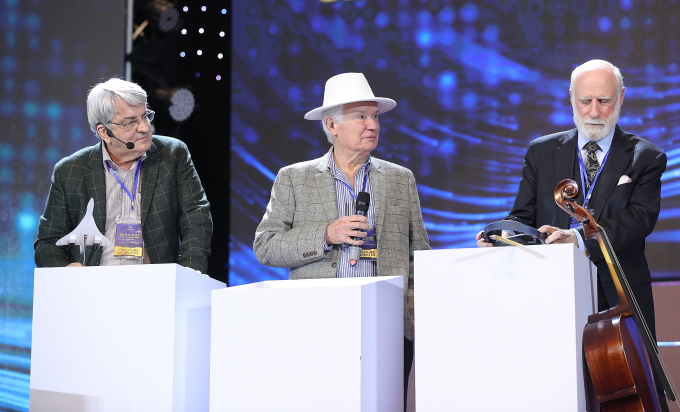 Desurvire is known for his pioneering research into Erbium-doped fiber amplifiers (EDFA). This allows for increased fiber-optic transmission and is ubiquitously used in all kinds of optical networks, both terrestrial and undersea, paving the way for the world wide web and internet.

However, he shared that the invention was purely coincidental, calling it part of luck. Initially, Dr. Desurvire studied optical computers. His mentor suggested that he studied the fiber optic effect. When electricity is applied, light cannot be spread properly and gets diffused everywhere. Glass interferes with signal transmission, that is, it is a material that affects the optical transmission.

Therefore, if you use an Erbium amplifier, optics can travel with greater speed, efficiency, and across oceans. According to the French scientist, each researcher can come up with a hypothesis when doing research. In physics, an efficient theory can be applied to other fields, like computer science.

As for Dr. Vinton Gray Cerf, an American scientist, curiosity helps bridge the gap and motivates the quest for an answer. For him, he is constantly experimenting, making a prediction, and testing that prediction. “It’s a pie chart of prediction, experimentation and measurement,” he said, adding that hypotheses should be combined with insights on how the world works.

For British professor Sir. David Neil Payne, he agrees that the younger generation is curious and studious – which need to be encouraged. However, research out of curiosity is only at “level 1”. In order to get a product to work fast and effectively, we need a national ecosystem. Given that this is especially difficult in emerging countries with limited resources, he suggested that the Government should help by paying greater attention and investing in research and development.

The VinFuture Prize is awarded annually by the VinFuture Fund to breakthrough scientific and technological inventions that have the potential to create meaningful changes in people’s lives. The Fund was launched on 20/12/2020 as an independent and non-profit organization, founded by billionaire Pham Nhat Vuong and his wife with the goal of creating positive changes in the everyday lives of millions of people around the world. After 2 seasons, 16 scientists have been honored by the Prize 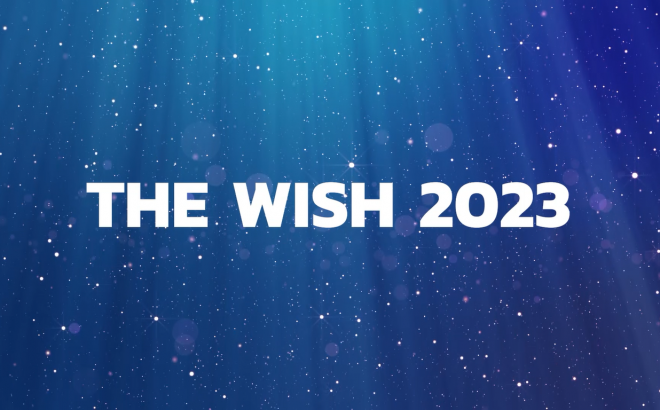 Dear Friends of VinUniversity, Warmest greetings from VinUniversity in Hanoi, Vietnam. As the Lunar New Year is coming, […] 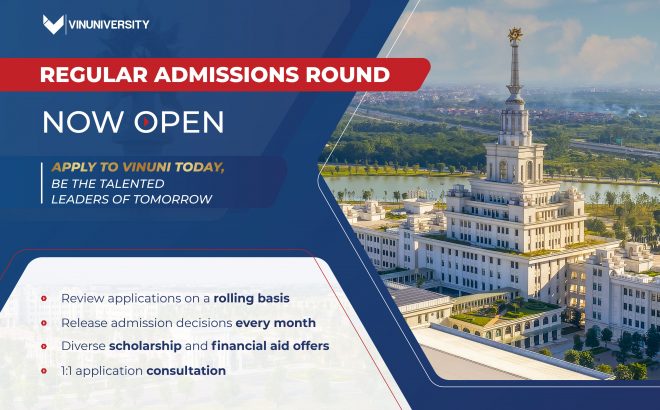 If you’re looking for a world-class university in Vietnam, where great emphasis is placed on academic and research […] 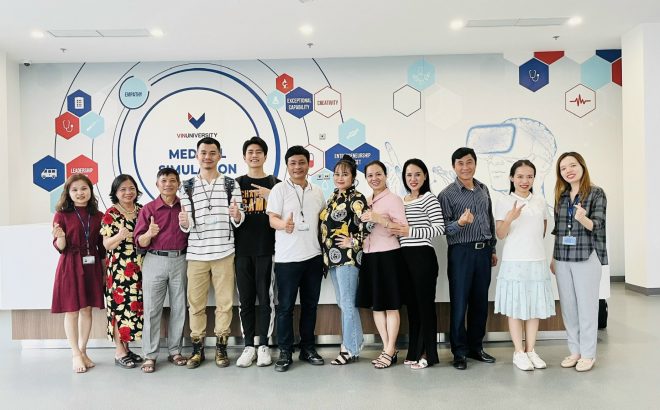