Is it possible to gain knowledge about the real world based solely on experiences in virtual reality? According to one influential theory of knowledge, you cannot. Robert Nozick’s truth-tracking theory requires that, in addition to a belief being true, it must also be sensitive to the truth. Yet beliefs formed in virtual reality are not sensitive: in the nearest possible world where P is false, you would have continued to believe that P. This is problematic because there is increasing awareness from philosophers and technologists that virtual reality is an important way in which we can arrive at beliefs and knowledge about the world. Here I argue that a suitably modified version of Nozick’s sensitivity condition is able to account for knowledge from virtual reality.

Suppose S comes to believe that P based solely on their experiences in virtual reality. Is it possible for S to know that P? According to one influential theory of knowledge, they cannot. Robert Nozick’s famous truth-tracking analysis requires that, in addition to a belief being true, it must also be sensitive to the truth1:

Now it looks like any belief formed solely on the basis of virtual reality will fail sensitivity. In the nearest possible world where P is false, S would have had the same experiences, and therefore S would have continued to have believed that P. Whilst S’s belief that P might be sensitive to the virtual world, it will fail to be sensitive to the real world. Nozick himself recognized as much when he discussed his account in connection with the famous brain-in-a-vat thought experiment:

Nozick does not consider this a problem because he does not believe that a person in the brain-in-a-vat scenario is capable of knowledge. Even if the scientist decided to be honest and reveal truths to the envatted person, they would still not have knowledge—if the scientist had induced the same beliefs in a world where they were false, the envatted person would have continued to believe them.
However, Nozick’s refusal to permit knowledge in ‘virtual worlds’ is beginning to look increasingly untenable. There are two main reasons for this. Firstly, philosophers have started to recognize the value of virtual reality as a source of belief and knowledge about the world.3 Writers such as Jon Cogburn and Mark Silcox, 4 for example, make a comparison between virtual reality and other fictional media, such as novels, movies and computer games. Although fictional, these media can contain truth, and under the right conditions can provide knowledge about the world.5

Read more about the article here

Distinguished Lecture: The Art and Science of Writing Successful Proposals 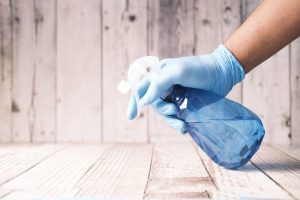 Article: Understanding the Global Health Problem of Antimicrobial Resistance and How to Solve It

Infectious diseases for which current medical treatments are not effective are among the leading cause of death of people of all ages globally. These are caused by microbial pathogens (principally bacteria) that have emerged under the evolutionary selective pressure imposed by overuse and misuse of antibiotics to show antimicrobial resistance (AMR). Recently published data show […] 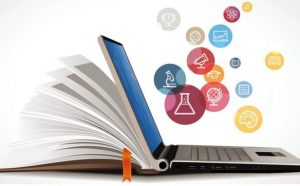 From Offline to Online: Alteration of Teaching-Learning Strategies in Covid-19 Pandemic in Vietnam

Abstract This paper reveals the evolution in teaching and learning in Vietnam in the context of the Covid-19 pandemic. Like many countries in the world, Vietnam suffered from this global crisis in many senses. The common problem is that the unexpected impact of Covid-19 led to the ill-prepared situation in teaching-learning strategies. The authors would […]