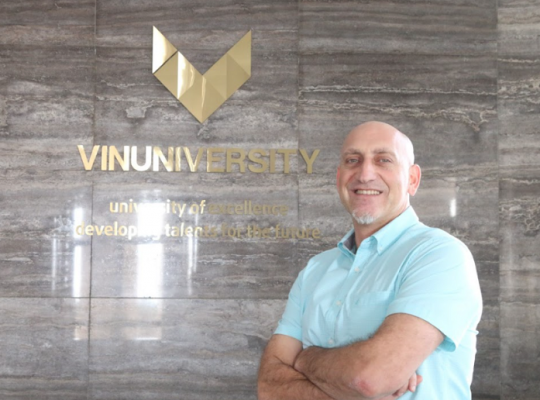 Dr. Jason A Picard is the Founding Assistant Professor of Vietnamese History and Culture. A historian of Southeast Asia by training, Dr. Picard received his PhD in History from the University of California, Berkeley and MA in Asian Studies from Cornell University.  Prior to arriving at VinUniversity, Dr. Picard served as lecturer of Modern Southeast Asian History at Loyola University Chicago’s Vietnam Center, teaching a variety of courses on Vietnam and Cambodia. He has been a Fellow at both Vietnam’s National Institute of Literature (2003-2004) and Institute of History (2007-2009).

Dr. Picard’s passion for Vietnam and Southeast Asian Studies dates back to 1997 when he became the first American permitted to live in Tây Ninh province since 1975. He spent nearly two years in Tây Ninh teaching English to in-service students of Hồ Chí Minh City University of Pedagogy. Dr. Picard later moved to Hanoi where he taught at the VCP’s Central Commission for External Affairs and later served as interpreter/translator and consultant for both public and private sector projects including the the Associated Press, Vietnam-American Theater Exchange (VATE), Vietnam’s National Institute of Literature, and the Independence Palace in Hồ Chí Minh City.

Dr. Picard is a proponent of Applied History, the use of historical precedents and analogues for understanding current challenges. His research interests include war, migration, social movements, economic history, literature, translation studies, Marxism-Leninism, Cold War history, and international history. He is currently completing a book manuscript entitled Fragmented Loyalties: How Vietnam’s Great Migration Destabilized a Nation and Altered a War examining the impact of one of the most crucial events of Vietnam’s 20th century, the migration of 1954-1955.

Picard, Jason A, “‘They Eat the Flesh of Children’: Migration, Resettlement, and Sectionalism in South Vietnam, 1954-1957,” chapter in A History of the Republic of Vietnam (Forthcoming).

Picard, Jason A, “How Vietnamese Infiltrated America: The Incursion of Language Training From Armies to Universities, 1942-1965”  (Forthcoming).