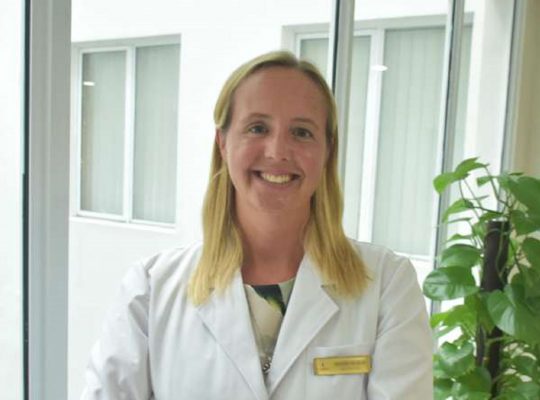 Clinical Assistant Professor Kelly M. Smith received her bachelor degree in biology and English at Stanford University in 1997. She spent two years performing basic science research before earning her medical degree from the University of California, San Francisco in 2004. She completed her internal medicine residency at the University of Washington in 2007. She continued her medical training at University of Washington and finished her hematology and oncology fellowship in 2011. Dr Smith is board certified in internal medicine, hematology and oncology. She belongs to the American Society of Hematology, American Society of Clinical Oncology and American Medical Association. Dr. Kelly M. Smith has spent 8 years treating a wide range of oncologic and hematologic disorders at a busy community oncology practice in Washington. She held leadership roles on multiple hospital committees and was involved in clinical research and medical education. She joined the faculty at University of Pennsylvania this June and as part of the Vinmec-Penn Alliance, Dr. Smith plays an important role in the journey to Oncology Center of Excellence of Vinmec Times City International Hospital.