Focusing on Getting All Areas to the Highest Standards

What led a renowned computer scientist and professor at a prestigious Australian University to work at VinUnivesity?

Prior to his current appointment at VinUniversity, Wray Buntine was a full professor, foundation director of the Master of Data Science, and director of the Machine Learning Group at Monash University. Previously, he was conducting research projects at Helsinki Institute for Information Technology, NASA Ames Research Center, University of California, Berkeley, and Google. In the ’90s he was involved in several startups for both Silicon Valley and Wall Street. Professor Wray is known for his theoretical and applied work in probabilistic methods for document and text analysis, social networks, data mining, and machine learning. He is on several journal editorial boards and has been a senior program committee member for premier conferences such as IJCAI, UAI, AAAI, EMNLP, ICLR, ACML, and NeurIPS. He has over 200 academic publications, several software products, and two patents.

Before all of this, however, Professor Buntine was just an undergraduate student of mathematics at a time when computers were still a new technology and Computer Science degrees were just beginning. He also regarded himself rather as an “academic” owing to his lack of sportiness, Australia at the time was a sport obsessed nation, opting to spend his time with the books instead. Upon graduation and finding no good prospect for a career in mathematics in Brisbane, Professor Buntine took up a programming job with which he fell in love. His love for programming made him return to university to obtain a proper degree in the subject. Nonetheless, it was not until the early ’80s that he first encountered his life-long passion – Machine Learning. It was love at first sight as the professor recalled his feelings and thoughts at the time: “I just knew it”. He saw potential in the research field and rightfully predicted that it would require machine learning for computers of the future to achieve artificial intelligence. It was here that his academic journey began, though it took another three decades for the rest of the world to understand the importance of machine learning.

Utilizing his background as a mathematician and a programmer, the professor excelled in the field by combining his understanding of coding – something he even called “the engineering of mathematics’ ‘ – and statistics. It was truly a match made in heaven for him as Professor Buntine went on to obtain a Ph.D. in Machine Learning, his ticket to travel the world to visit new places, get exposed to new ideas and expand his knowledge. The rest is history. 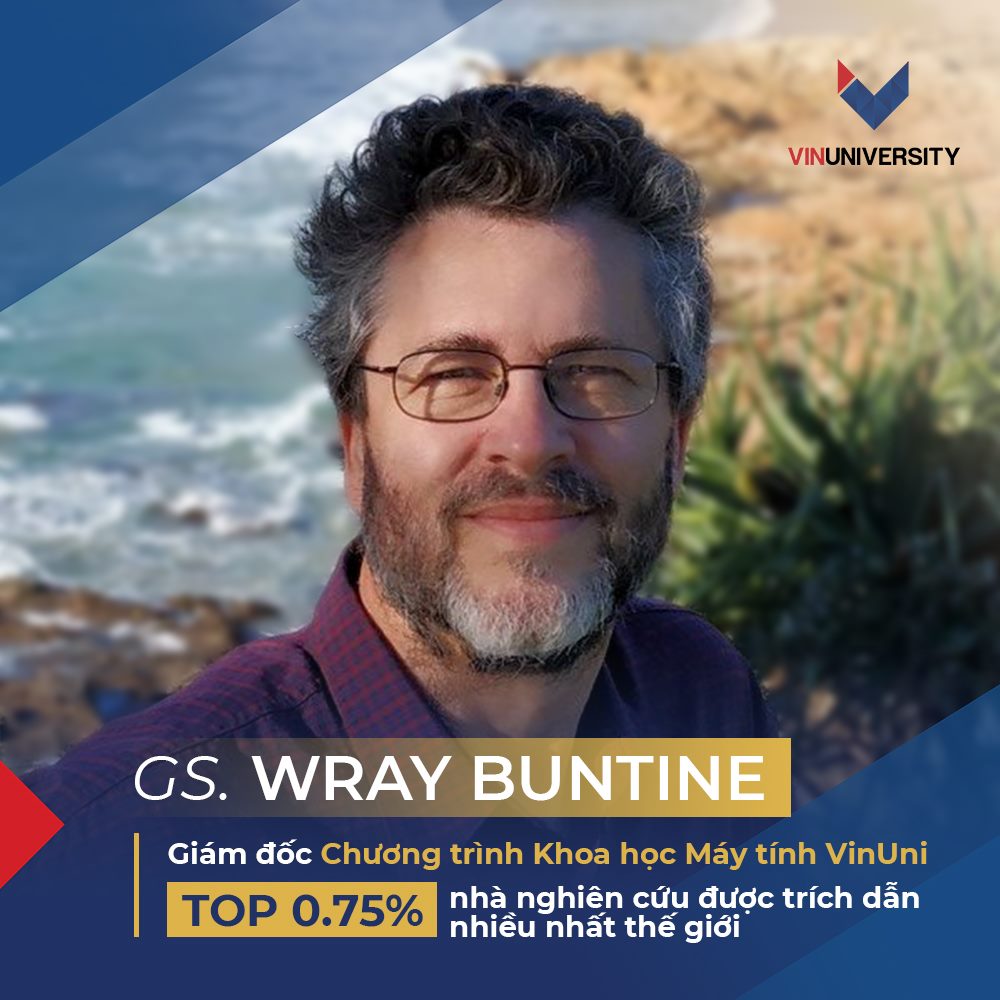 Initially starting as a researcher for both public and private sectors such as NASA and Google, Professor Buntine holds his experience with these firms in high regard. Particularly, he considers them “the pinnacle of research” because of their investment into new, expensive technologies and processes which then allow for more high-risk, high return research ventures. His researching jobs also allowed for more flexibility in working hours, something of which he took full advantage of to improve his work efficiency. Possessing a curious mind, Professor Buntine also enjoys that thrill of discovery associated with every research job. To him, those Eureka! moments paid off for all the hard work one put in. For instance, NASA was testing out rockets for space shuttles. His team was tasked with observing metal that might have come off the rocket as a result of overheating. By the clever use of both principles of physics and high-resolution spectroscopy, the team succeeded in identifying and quantifying metals, though unfortunately the space shuttle program closed down shortly after.

As he got older, Professor Buntine found a new passion in teaching and assisting others in their research endeavors. His most recent projects are mainly collaborations between other faculty with students. While their achievements can be great or just moderate, it is a memorable and rewarding experience for both himself and his students. The professor also emphasizes that to be successful and overcome “the hills and valleys” of one’s vision, the key qualities of passion and determination are needed. When he was at his lowest point 10 years ago after losing a family member, Professor Buntine still held to these beliefs and persevered. Owing to this, he was able to recover and get his career back on track. Another thing the professor found important in a research career is the ability to meet one’s peers, discuss with like-minded people, and generally expand one’s worldview.  When coming from a relatively smaller country, overseas travel is then important. These were the key factors behind the life full of success that the professor lead and they were also what led him to take up a risky position at an emerging university in Asia. 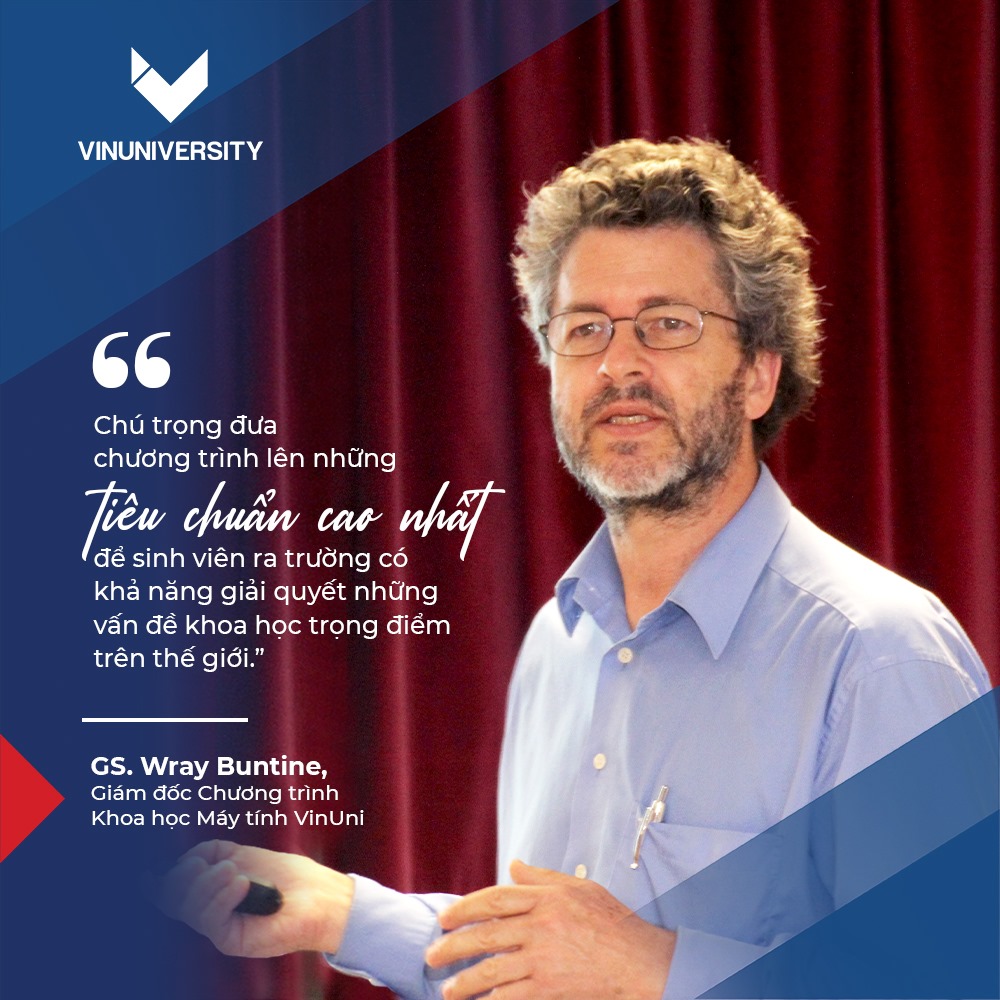 The decision to teach at VinUni

As an accomplished researcher and full-time professor at Monash University, Professor Buntine could have spent his remaining academic life until retirement in relative ease. However, he was never one for the easy path. He believed a great challenge for him is to work out of his comfort zone and help a promising university outside the Western sphere. It was in Asia and particularly the booming economy of Vietnam that he found his opportunity, VinUniversity. To him, VinUniversity is in another category of university, it is a “start-up”. The university is based on a strong vision, to build a foundation for the youth of not only Vietnam but also the world to thrive on, and the university has great investment and an experienced, skilled team behind it. It is this goal and drive that Professor Buntine would gladly get behind. He sees the potential in building something new and innovative to compete with the established order of the older prestigious academies in the Western world. He was also very impressed with the passion of not only the faculty and staff of the school but also its students, many of whom he sees have the capability to do great things in the future.